Our mission is to deliver linguistic services tailored to the needs of the media and entertainment industry professional.

Our linguists aim to communicate the appeal of your project to your audience or readership by creative use of the written word.

Each linguist has carefully been selected based on their experience and their qualifications as language professionals, as well as on their professional involvement in the media and entertainment industry. This way, we unite the best of both worlds:

The arts (being the message) and language (being the supporting medium).

GET IN TOUCH
FAQ

Take a few seconds to fill in our contact form, and we will will reply with a qoute. 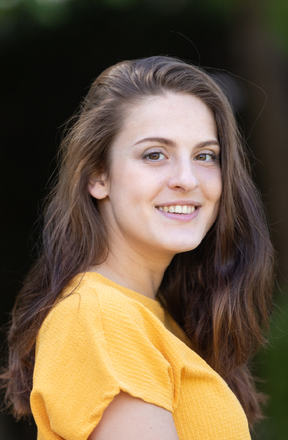 Anastasia Troukhina completed her bachelor studies in Linguistics at KU Leuven University in Brussels and participated in the international exchange programme ERASMUS+, spending a semester at the Universidad de Las Palmas de Gran Canaria. Her specialisation languages are Dutch, English and Spanish. She now lives in Brussels, practicing her French daily, while she maintains Russian as her mother tongue. Currently, she is enrolled in a course on social interpreting (Spanish-Dutch) at AGII.